Mary and Chris Bandereck met at Johnson and Wales University and were married in 1986.  Although they were both raised on the East Coast, the Whoopie Pie was a complete stranger until their move to Topsfield MA in 1993. They were first introduced to the Whoopie Pie when a neighbor baked some homemade chocolate Whoopies to welcome them to the neighborhood. One bite and the family was hooked. “What have we been missing out on all of those years!”  We grew up amidst the cannoli, the baklava, and the biscotti, while the kids up north were dreaming of those yummy homemade Whoopie Pies!

Years later when a small country store opened in downtown Topsfield, we were ready to offer our cakes and pastry which Mary had come to be known for in Topsfield (AKA “the cake lady”).

Instead, the store owner asked the question that would change everything…. “Can you make pumpkin whoopie pies?”

Within the next few years Mary would become known as “the Whoopie Pie Lady” to many! While the craze at the Market took on a life of its own, the Pumpkin Whoopies became the chatter among the many fans. The next logical step, it seemed, was to try them out at the famous Topsfield fair. In October 2008, The Whoo(pie) Wagon was officially born!

We are returning the Whoopie Pie to where it belongs.  Baked with our finest fresh ingredients and baked daily to homemade perfection!

Topsfield Bakeshop is the official home of The Whoo(pie) Wagon. 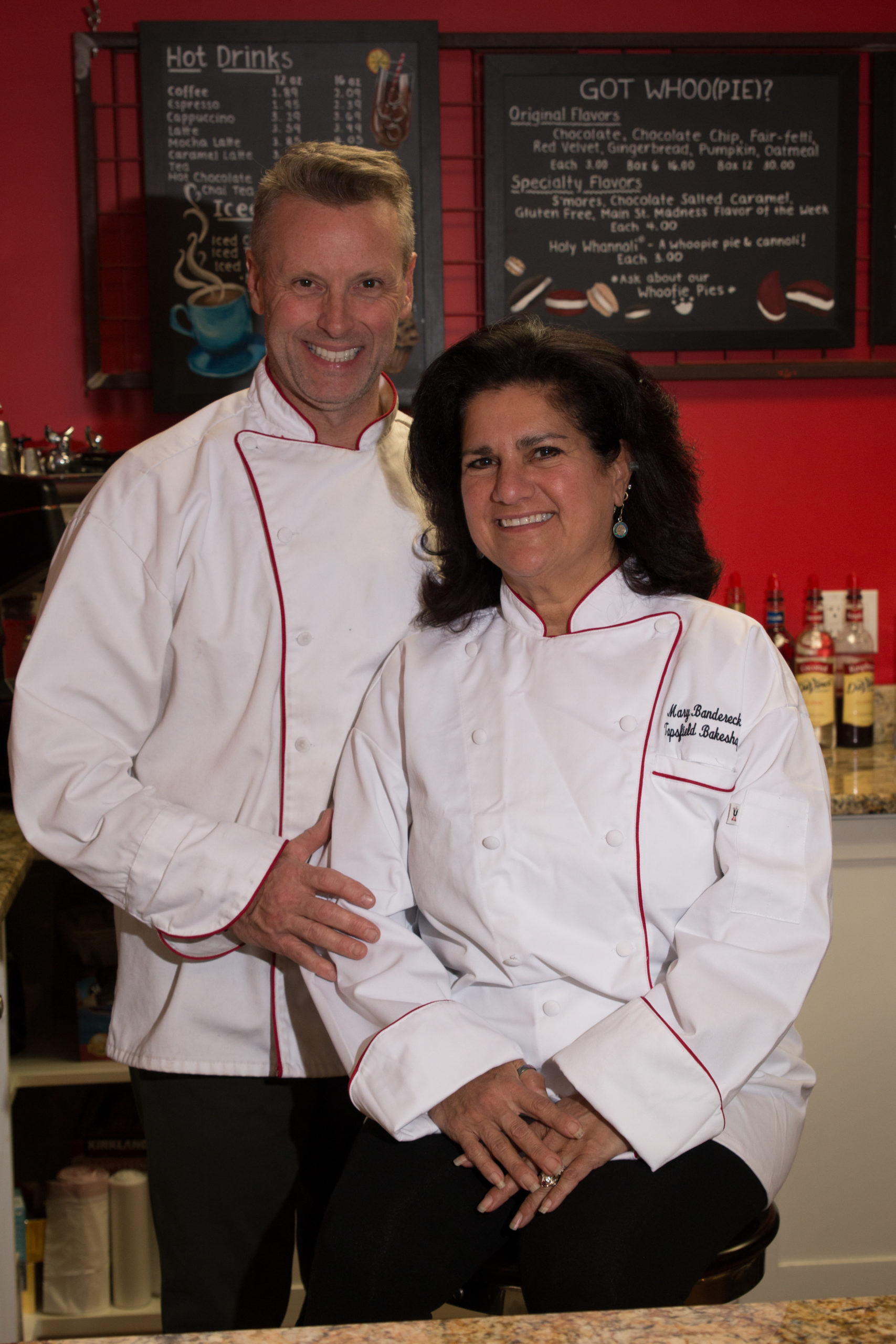